Full disclosure: we like Limitless. We do. But we think the name “limitless” is a little ridiculous for this brand. “Limitless” lol. Like this is some “redbull gives you wings” moment.

We’re not exactly sure a sparkling water with 35 mg of caffeine is gonna make us “limitless”, but okay. 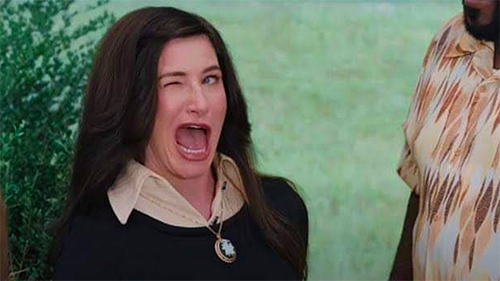 And this isn’t to say we scoff at sparkling waters with 30-ish mg of caffeine. In fact, about ten of those fuel our day (mostly AHA Citrus + Green Tea).

Besides, we’ve reluctantly accepted that not everything can (or should) be a Hiball, so bring on the San Pellegrino Coffee Essenzas and bubly Bounces, we guess.  And sometimes we rotate a Limitless onto the dance card.

So while we went hunting for information about Limitless and their innocuous presence on our local Whole Foods shelves, we learned that Limitless is no small boutique up-and-comer: it’s actually owned by the random alliance of soda juggernaut Dr. Pepper and single-use coffee pod landfill donor Keurig, morphing into a beverage company cleverly named “Keurig Dr. Pepper”. We had no idea.

Their website boasts they’re leading producers of “hot and cold” beverages, so in true capitalist form, Keurig Dr. Pepper is on a mission to corner the long sought after temperature market. We wish them well on their mission.

Okay, back to their sparkling little baby, Limitless. Limitless’s website offers two paths in sort of a Choose Your Own Adventure drinking experience. You can either pep things up with Limitless Refresh or take it down a notch with Limitless Relax (A 200 mg L-theanine journey).

The one we’re taking a crack at today is their Ginger Mint, a “Refresh,” and which based on the lack of presence on their website appears to be discontinued, so this will probably be updated with an RIP soon. We love to write eulogies for our fallen bubblers, so we’re honored to have this review potentially be Ginger Mint’s loving obit.

We love the nose on this. It’s fresh mint wafting up to cool (and Refresh!) your palate. It’s a stick of gum. In a good way.

Sadly, the mint disappears into something that is far too ginger ale-y. Not to shade the stomach tonic of our youth, but mint kinda sold us on trying this one, and we wish there was a bit more of it.

Like other ginger + sparkling waters, this winds up tasting like a mish-mash of vague cola-ness and ginger ale vibes. The same thing as with Nixie’s Ginger Lime. It happens to the best of ‘em, we guess. Ginger is just hard to make subtle.

Don’t get us wrong, this is refreshing enough. But the main complaint we have is that the ginger and the mint don’t harmonize to create something more than the sum of their parts: you’re either tasting ginger or mint, and ne’er the twain shall meet.

In fact, one of us can only taste ginger in here: no mint at all! While the other tastes a little ginger ale at the beginning before being subsumed in a bath of Morroccan Mint tea.

Which is fascinating, so we jumped down a little rabbit hole and found this article: Taste Sensitivity and the Cooling Effect of Mint, which suggests that there are four broad categories of mint sensitivity in people, and theorizes that those categories can be extrapolated to people’s sensitivity to flavors in general.

While we want to keep the peace in the Bubbleverse and not get pulled into a drawn out argument about who has better tasting abilities, let’s just say if you can taste the mint in this Limitless, you might be a superior genetic specimen (in a non-Nazi kind of way).

While spending hours in deep contemplation of this water, we also have to address this strange little logo that looks like a flame. At first thought, to the uninitiated, you might think this is dumb.

But then you realize it’s a flame with a drop of water in the center. Get it? It’s water that fires you up with 35 mg of caffeine!

The fact that this logo is also used for the Relax sparkling waters renders that interpretation null and void, however.

But since the Relax drinks are new, we assume they just didn’t feel like getting their graphic designer to re-do that flame as a cloud or something that telegraphs chill. Or maybe the emphasis is on the flame for the caffeinated ones, and on the water drop for the l-theanineated?

Ultimately, at the end of the day, if the Limitless Ginger Mint is indeed discontinued, will we miss it?

We guess that ultimately depends on how good the other flavors are that have popped up in its stead. The only other Limitless we’ve tried was the Cucumber Pear, and we did actually like it better, so in all honesty: we probably won’t miss this one.

We’re ready to “buckle up with Blood Orange,” whatever that means. 🔥💧

We’re trying to make this website better for bubblenauts everywhere
and would love your input.

Yes, I will tell you what to do.

more reviews for your consideration